This biggest myth about rabbit ownership, that rabbits belong in small boxed hutches, is still as common as it was back then, and sadly there are still far too many rabbits stuck in these conditions right now.

Research has shown that rabbits need lots more space than we originally thought.  The myth was borne from how we kept rabbits originally – they weren’t pets, but a meat source and households would typically have a rabbit in a hutch to store it until it was “ready”.  But when rabbits became popular as pets we stuck with the same type of home for them.

However, its important that our rabbits are given enough space to stretch their bones & muscles when they are confined to a hutch area.  Ideally we’d rather they weren’t confined to a hutch, but we know that for their own safety it is often necessary for them to spend some time in hutches.  Research by the RSPCA and the Rabbit Welfare Association has determined that the ideal hutch size is 6ft (or 1.83m) x 2ft (0.61m) x 2ft.  This is designed to allow a typical rabbit enough space to complete three consecutive hops, and to stretch up with enough height.  Obviously for some larger rabbits it may be worth considering even bigger hutches.

The challenge though is to find a pet store or online supplier that will sell hutches of this size.  The RWAF have provided a list of approved retailers who have signed up to their “A Hutch Is Not Enough” charter.  Sadly though, too many retailers are still selling hutches which are far too small!

It’s often worth thinking about hutch alternatives – a converted shed or children’s play house is increasingly popular, and often cheaper than a purpose built hutch.

Another myth about the appropriate size for rabbits has come from the growing trend for house rabbits.  Indoor cages are often even smaller than the outdoor hutches that you can buy, but it seems to be commonly accepted because the rabbit is indoors.  In terms of considering their living space, it’s not usually appropriate to accept a reduced living space as a result of a larger run area: we must consider the amount of space they will have when locked in their hutch or cage, regardless of how much space they have when they’re out of it.  “They’re only in it at night” still means they’re in it for at least 8 hours a day.  This means that most indoor cages, including dog cages, are still not big enough for your rabbit.  We still recommend providing something in the range of 6ft x 2ft.

We recommend the same size hutch regardless of what breed or size your rabbit is.  However, we do recognise that sometime a smaller hutch may be acceptable – usually only on a temporary basis. When introducing a new rabbit to an existing rabbit or group, it will be necessary to have a tempoary environment for …

When Smaller Is Ok Read More »

An article about owning House Rabbits written by Laura McFarlane, a Fairly Beloved Rabbit Care volunteer. It is a relatively new concept to keep rabbits indoors. It can be very challenging but also very rewarding. Having 4 house buns of my own, I can honestly say the pros far outweight the cons (even for the … 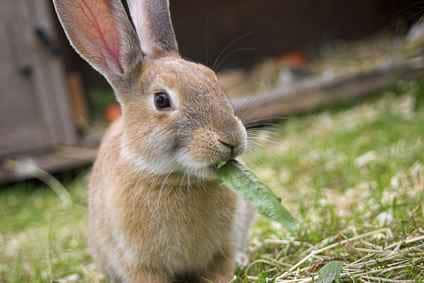 Too many rabbits are left cooped up in a tiny hutch all their lives. Rabbits need space, exercise, company and stimulation, so if you’re planning on keeping an outdoor rabbit, you must make sure you give extra thought to how you can ensure they are getting everything they need. You must give a lot of … 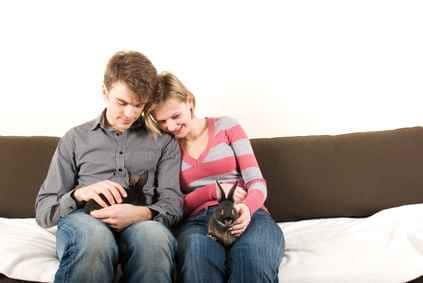 Did you know you don’t have to keep your rabbits locked up in a hutch all day? In fact, it’s important that you don’t! You must give a lot of careful thought to your rabbits environment to make sure you’re giving them somewhere that’s right for their natural needs & behaviours. So, think about whether …